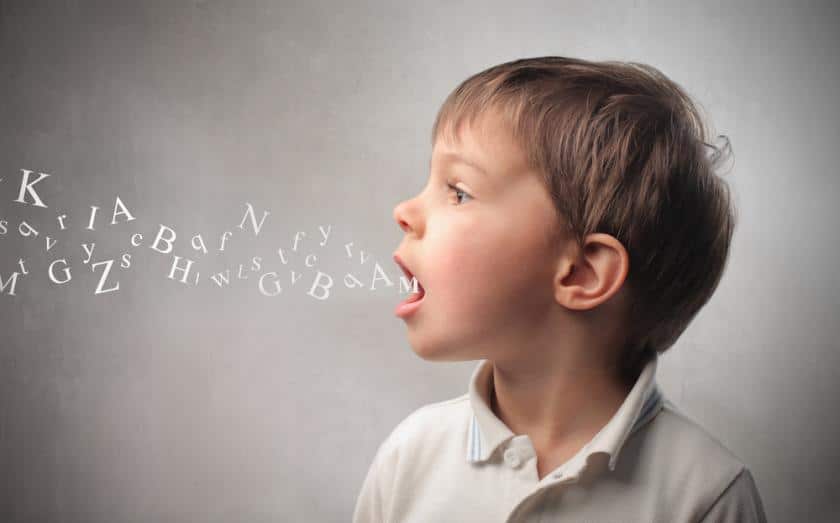 Kids sometimes trip over their words, especially when they are gaining early language skills. Sometimes children — especially when grammar and vocabulary skills develop faster than motor skills — go through a  temporary stage of “disfluency” that can last up to several months. But if stuttering is a more persistent problem it may require outside help to correct.

If stuttering lasts longer than three months and begins after age 3, it is likely a child will need therapy to correct it. Around 20% of children between ages 2 and 4 need help with stuttering (10% over the age of five).

There are four factors that can contribute to stuttering. The first is genetics. Half of people who stutter have family members who also stutter. Second, children with speech, language, or cognitive development delays are more likely to stutter. The third factor involves brain structure. People who stutter process speech and language in different areas of the brain than non-stutterers. Finally, fast-paced lifestyles and high expectations within a family can contribute to stuttering.

Most children who stutter start between 2 and 4 years old. However, it is not uncommon for stuttering to start later than age 4. One of the signs of early stuttering is repeating a sound or a single syllable (buh-buh-buh-baby). If you hear a part-word repetition, listen for how many times the sound or syllable is repeated. Keeping a record will help you form a better picture when you discuss the problem with a doctor or speech therapist.

Parents can help their child by staying positive. If your child shows signs of frustration or becomes hyper-aware of the stuttering, it’s fine to acknowledge that the child is struggling. But try not to say things like “Stop!” or “Slow down and think about what you’re going to say.” This often frustrates children and might even trigger more stuttering. Instead, simply repeat back what he is saying so that he knows he is being understood.

For many children, stuttering is not a big deal, especially in the early grades. For other children, though, stuttering may mean that they are less likely to raise their hand to answer a question. Children can also have difficulty forming friendships for fear of teasing. Teachers can use eye contact, give the child enough time to finish speaking, and stay focused on what the child is saying rather than how he is saying it.

There is no known “cure” for stuttering, but there is a lot of success for children who come to therapy while they are still young. Help from a therapist can help a child feel more confident and willing to share her ideas — whenever and wherever she wants to share them.